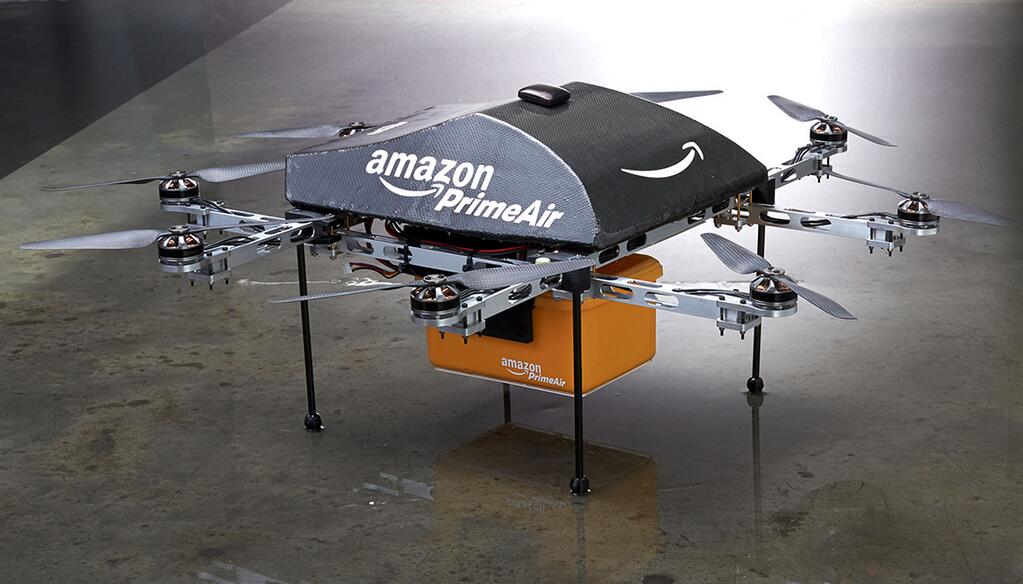 This is Amazon’s new project, “PrimeAir”.

You may have heard of the RC “quadrotor” helicopters you can pilot with your iPhone that were released on the market a year or two ago, will this is an “octo rotor”, and Amazon plans to deliver packages with it.

Amazon PrimeAir is an AI [Artificial Intelligence] controlled drone octo rotor that is designed to deliver small packages automatically in under thirty minutes.  It uses GPS like a car to travel to and from destinations.  Australia has a textbook company called Zookla that has already begun shipping their products via drone.  These drones don’t yet have the ability to make long journeys, which is why they will dispatch from many shipping centers across the world, hopefully.

When will I see them?

Probably not for a while, as they are still Illegal in the United States.  Amazon is working on their legal status as of now though.  Due to the FAA regulations preventing their flight, the earliest we will see them would be 2015, and that’s if everything goes smoothly.

Amazon PrimeAir is an ingenious solution to speeding up the delivery of packages ordered online.  However, it will take a while for it to become reality.  Even when it does happen there will still be problems such as the ones listed in the cons.  It is a good idea, but still has a long way to go.