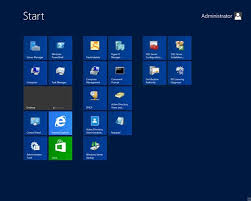 The Windows Server edition of windows is one of the most widely used operating systems in the US. Taking advantage of Apples’ uneducated areas in servers,  Microsoft has little to none competition. Windows Server 2013″Fine-Grained” password polices, and an enhanced admin center. The new admin center adds an Exchange Management Center, and a new console. It also runs the new window’s 8 operating system on its user computers. The advantage of this is that it allows the users to get applications that would help with school work such as Evernote, Dictionary.com’s Dictionary app, and an advanced calculator tool. The functionality of the desktop, and the windows screen allows for ease of use allowing you to quickly boot into an application on start up with the windows screen.